Menu
Browse: Home   /   The Robbins Report and the move toward Polytechnics: Kingston assessment 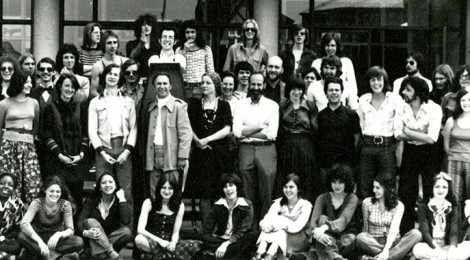 The Robbins Report and the move toward Polytechnics: Kingston assessment

In the mid 1960s, moves were afoot to merge art schools and colleges of technology to form new Polytechnics at university level. The two institutions in Kingston were viewed as prime candidates for such a merger. The Robbins Report recommended this major expansion, and was a major topic of conversation in art schools during the decade, following so close on the heels of the upheavals of the Coldstream Report and the introduction of the DipAD.  For instance, RIBA were anxious to place Architecture as a university-level subject, and made demands on art schools accordingly.

This extract from a letter from the local Surrey education officer to a RIBA official shows how they viewed Kingston School of Art as a university-equivalent institution, even at this early date of May 8th 1964:

“Kingston School of Art has already developed to the stage where it is concerned almost solely with full-time work of advanced standard. Apart from the School of Architecture it has Departments of Fine Art, Design and Fashion Design. Courses for the DipAD have been approved in Fashion Design, Three Dimensional Design, Fine Art and Graphic Design. It is, therefore, already an establishment of university standard albeit rather small. A major building project for the extension of the accommodation has been included by the Ministry in the 1965/66 programme and the Authority is engaged in taking steps to designate adjacent sites to make further expansion possible in the future.”