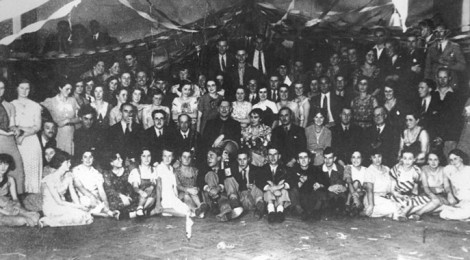 This photograph shows staff and students at ‘The Hop’ Ball in the Fife Road buiding of Kingston School of Art in 1932. It was donated to ArchiveKSA by the Cooke Family. Warner and Lena Cooke were both students at Kingston in the 1930s, and their daughter Sally also attended the art school, where she met her husband Simon. One of Sally and Simon’s children too went to Kingston, by now part of Kingston University. Three generations of one family with links to Kingston School of Art.

Lecturers present in the middle rows include Augustus Lunn, H.P. Clifford, John G. Lake, Miss Faire, A.E. Butterfield, Morris Kestelman, and A.E. Poulter. Second from the left sitting in the front row is June Duprez, who after attending KSA became a Hollywood actress in films such as The Four Feathers and The Thief of Bagdad. 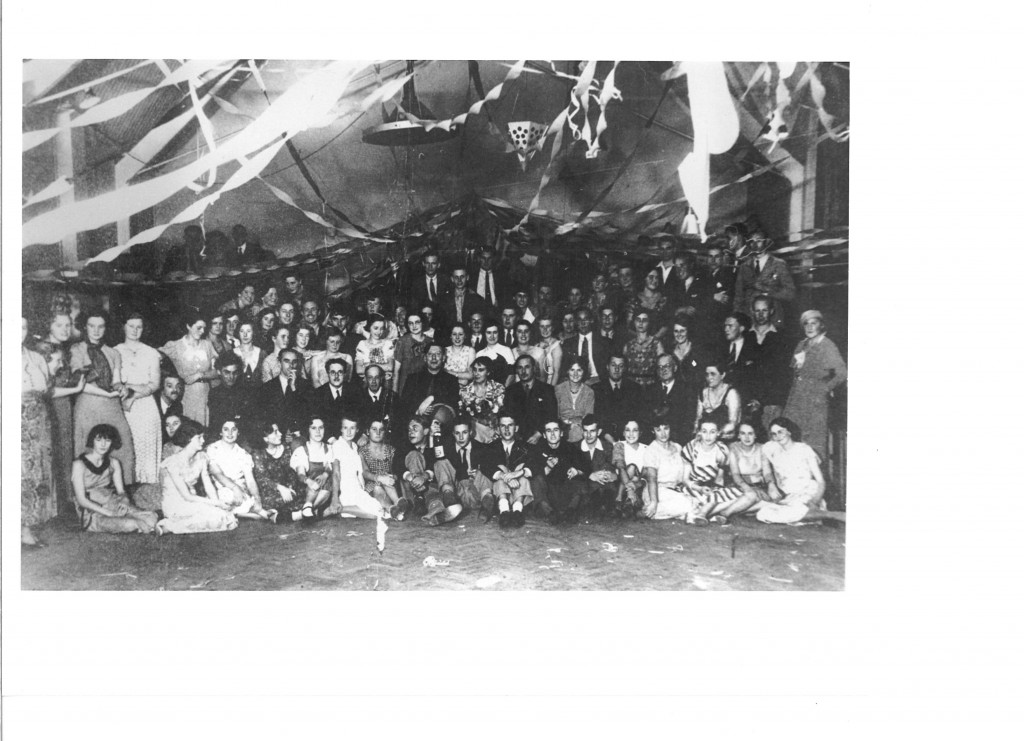