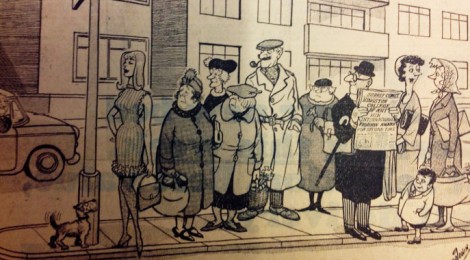 In 1966 Kingston Fashion students went to St Gall, Switzerland as defending champions for the 7th Youth Fashion Design Contest on 7th March. They were awarded the highest points for 6 out of 10 garments shown, and declared winners of the contest, and generating a lot of press headlines proud of British fashion prowess. Drapers & Fashion Weekly took it as evidence that ‘young British designers are leading the fashion world’[1], whilst the Surrey Comet claimed they had ‘established beyond any doubt that they are among the world’s leading up-and-coming designers’, noting it was ‘a triumph for Britain as well as the 12 students – nine girls and three boys – who competed, and a second feather in her cap for Mrs Daphne Brooker, head of the college’s fashion department’[2] The local newspaper even ran the following cartoon marking the win: 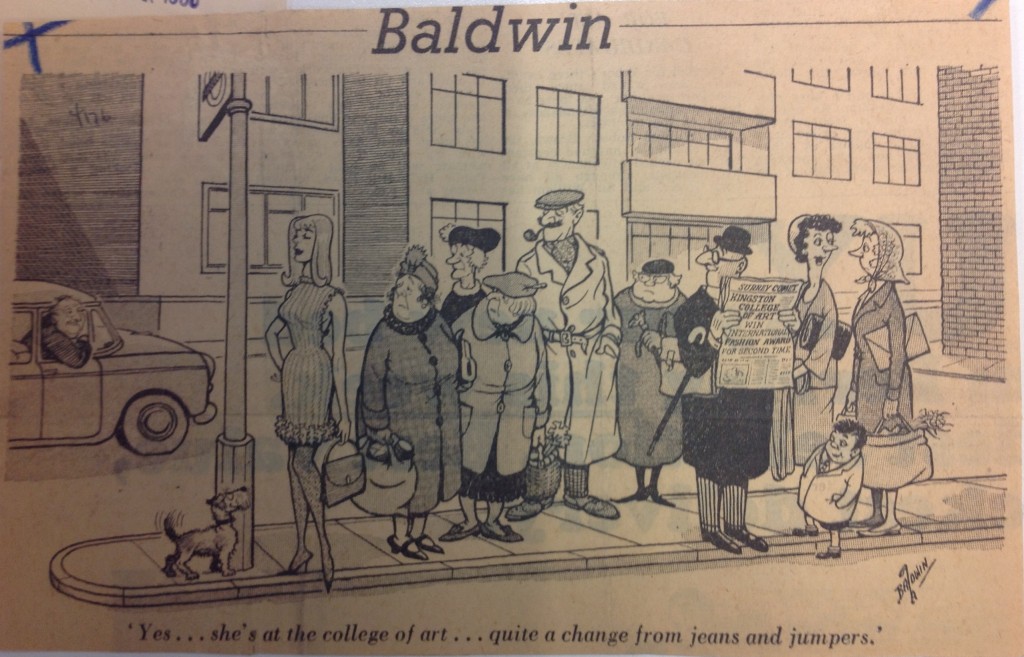 Photos from the trip document the contest, and indicate some of the extra-curricular activities such as a dinner menu and a visit to a shoe museum: 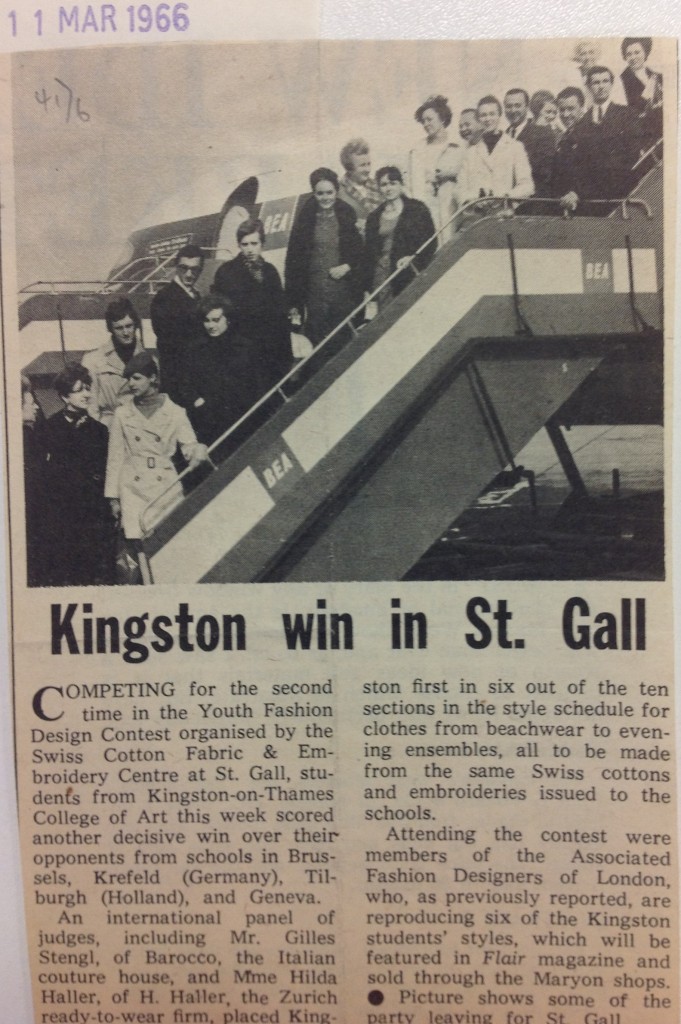 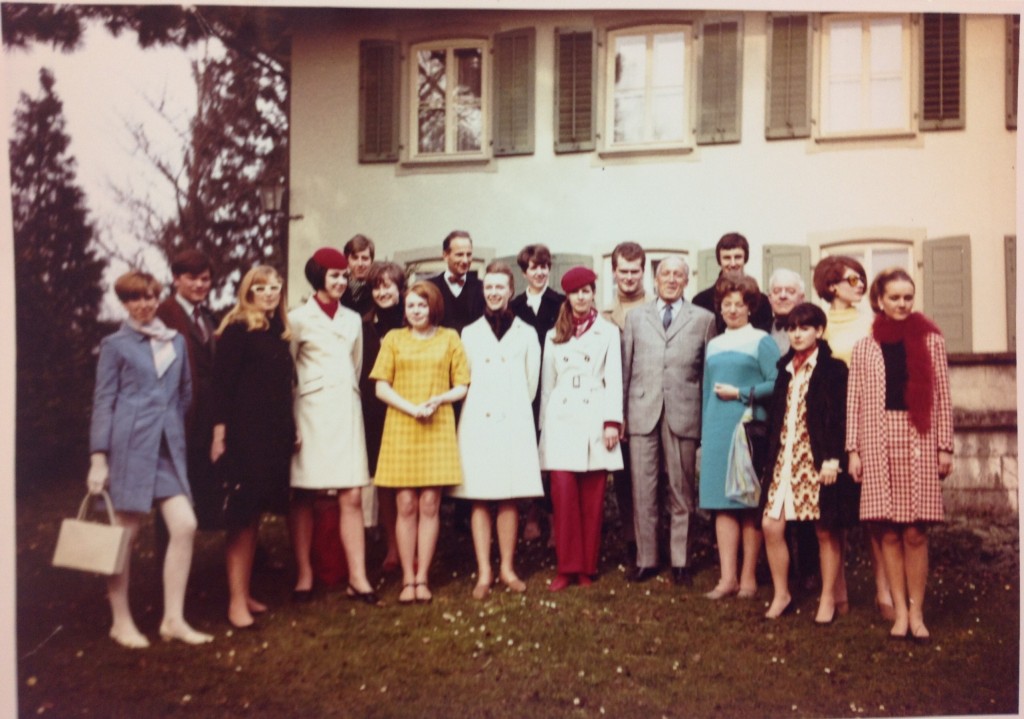