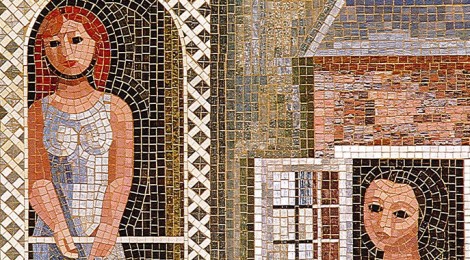 Reginald Brill was Principal of Kingston School of Art from January 1934 until July 1962. He masterminded the move to the current site at Knights Park, and was largely responsible for making the art school into the vibrant place it remains to this day. In the Scolar Press publication Reginald Brill (1999), Les Duxbury describes Brill thus:

Reginald Brill had quite a distinguished presence – he would now be called charismatic. He was a tall, upright man, who with his beard and air of nonchalance looked the part of the slightly bohemian artist. He was a Rome Scholar, which qualified him as a cultured European. His manner and authority were similar to his contemporaries in like situations; a lot of autonomy and autocratic bearing, products of post-World War One scepticism and conceit.

The work illustrated here is one of several Brill works owned by Kingston University, together they mark a significant chapter in its history. 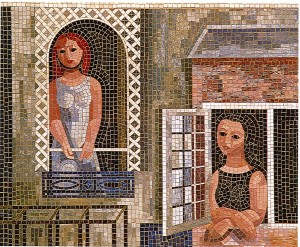