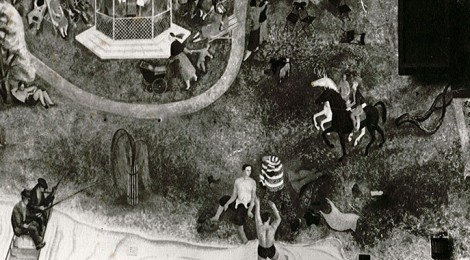 British Restaurant mural designed by Reginald Brill and painted at Commonwealth Pool, Kingston during World War Two by students from Kingston School of Art. The British Restaurants were a war time scheme designed to provide cheap meals for those on a budget. Dr Jonathan Black, here at Kingston University, has researched into the mural scheme that was initiated by Kenneth Clark to brighten up the commandeered spaces that served as canteens. Alongside Brill, artists such as John Piper, Vanessa Bell and Duncan Grant were involved with the scheme. Many thanks to Don Pavey for providing this image. 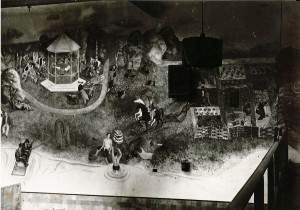