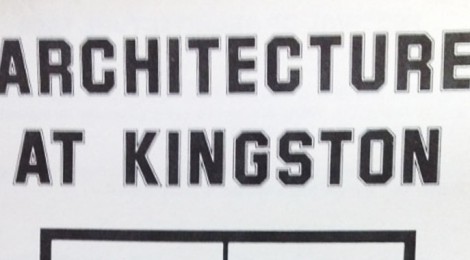 An exhibition on the history of the Architecture department was held at Knights Park from May 6th – May 20th 1981. The exhibition focused on the years 1974-1981, and featured tutors such as David Dunster, Bastian Valkenberg, Tim Bell, John Farmer, Stuart Durant, and Kris Ellam. Projects documented in the exhibition included a summer term project on the architecture of pubs, a Year 2 project on ‘making Architecture speak’, and the Architecture Psychology Unit, as the exhibition catalogue explained: “Kingston was the first school of architecture in Britain to incorporate social science in its teaching and research” 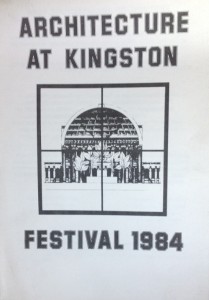