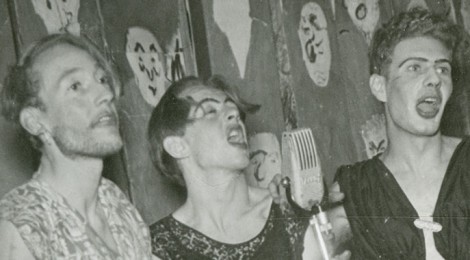 To right: Teddy Holroyd and Calrderhead

John Stafford studied Architecture at Kingston School of Art from 1944 to 1950. He took these photographs during a party at Knights Park. As John explains,

At that time, many students used to attend the Chelsea Arts Ball and after the end of the Second World War it was decided that Kingston would have its own big party. This took the form of musical entertainment and dancing and was held in the largest studio in the building in Knights Park.

All of the performers pictured were Architectural students and they were miming to familiar 78 rpm records. Peter Eldon-Jones was singing ‘Falling in Love Again’ to Marlene Dietrich’s recording and the other three were the Andrews Sisters. The third photo of the audience shows just how formally we used to dress in those days! 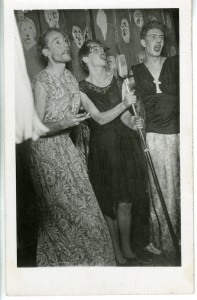 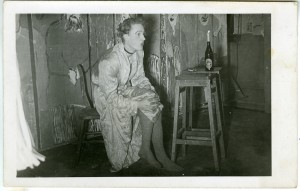 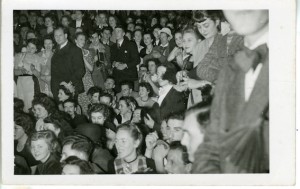