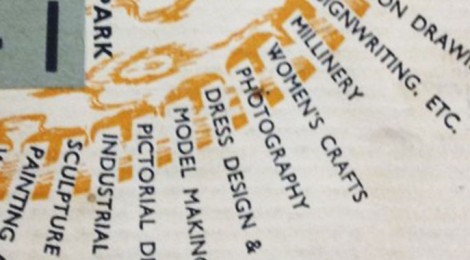 Wartime frugality applied to prospectuses at KSA – as you can see, the 1939 edition had to make do for the subsequent year too.

KSA was one of the few art schools in the vicinity of London to remain open throughout World War Two, with lectures and drawing taking place behind blackout curtains and in between air raids. A fire-watching rota was drawn up for Knights Park’s flat roof, and the building reportedly sustained some minor bomb damage during hostilities. 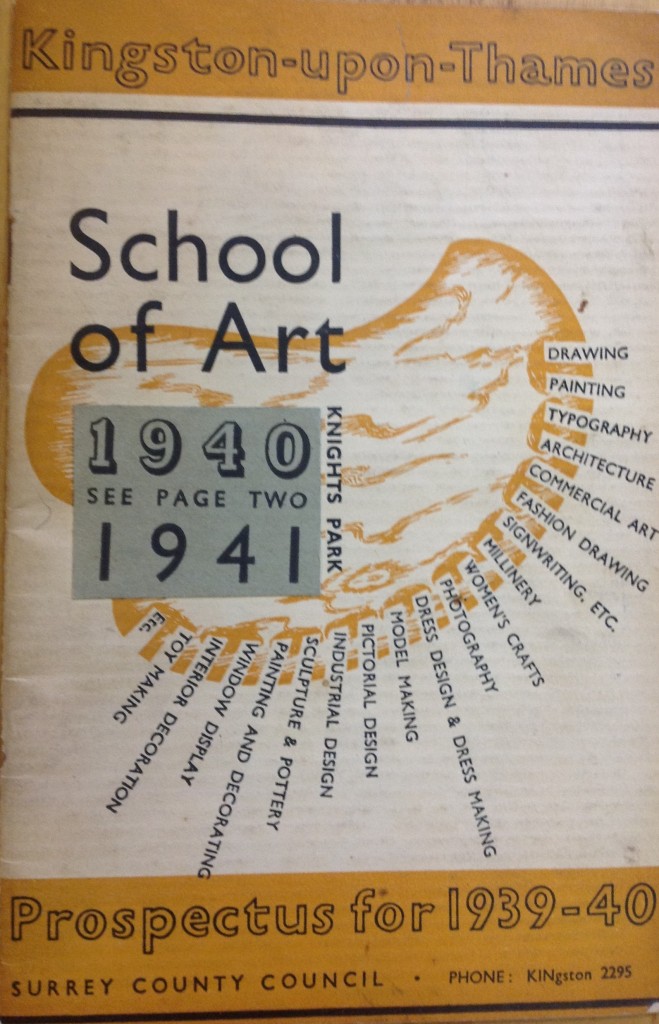