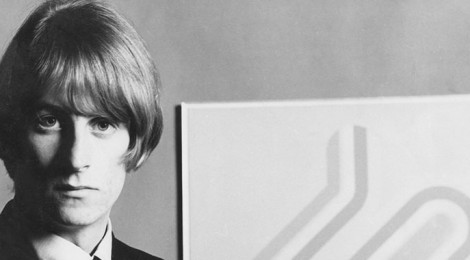 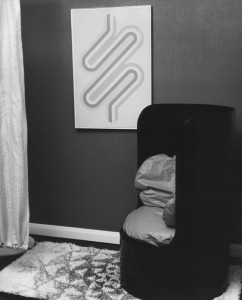 Photographed here is Michael Ross, one of the winning students in a competition which was recently organised by ICI Paints Division. The competition was open to students in the Graphic Design School of the Kingston College of Art.

The Competitors were asked to design wall panels using the new ‘Dulux’ colours, working on the principle that their creations would be the centre point of colour contrast when placed against backgrounds of named colours from the ‘Dulux’ range. Michael, who is 21, and a second-year student, chose Gosamer, Greenstone, Shadow Blue, Lugano and Corinth for his painting. He comes from Cobham in Surrey, and would like to go into advertising when he finishes his course at Kingston. 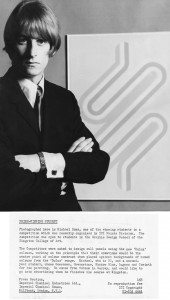 Palindromic painting by Michael Ross, 21 year old student at Kingston College of Art, which is designed to demonstrate some of the new colours