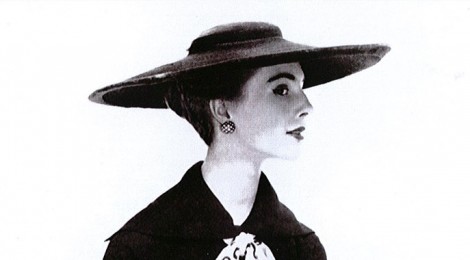 Daphne Brooker was Head of Fashion at Kingston from 1962 to 1992. Earlier in 2013, a memorial service was held at the University Women’s Club in central London to celebrate her extraordinary life, and immensely positive impact on the staff, students, and indeed the reputation of Kingston School of Art. Below is one of the many tributes made to Daphne by those who knew her well, by Professor Ian Griffiths, Daphne’s successor as Head of Fashion at Kingston:

One of Daphne’s greatest talents was, to me, her genius for getting the best out of those around her; her students, her colleagues, and anyone with whom she came into contact who struck her as having potential. She would challenge you by whatever means, not always entirely pleasant, to achieve your absolute best. In my own case it was when I was a final year student at Manchester Polytechnic and she was the chair of a visiting quality assessment panel. At the briefest of interviews, she declared that I was clever, my talent like “a little flower that would bloom unseen”.

Daphne’s words spurred me to disprove her and four years later, I met her again, by chance under the relentless Paris rain outside a Claude Montana show. Neither of us had an invitation, but that wouldn’t stop her from getting in. We shared an umbrella and I told her that I had been working as a designer at MaxMara, and that I was returning to London as a consultant. Daphne returned with a challenge: write a design brief, come to Kingston and teach the second years for two weeks. This seemed to go quite well, although I was only a few years older than some of the students, but I was completely surprised when she called me and suggested I apply for her job, as she was retiring. The prospect of following an act like Daphne’s was overwhelming, especially on the strength of only a few weeks’ teaching experience but she swept my concerns aside; energy, contacts and an appetite for combat were the main requirements of the job, she told me. I followed her advice and I got the job.

I was fortunate that there was a six month handing over period, when Daphne showed me the ropes. Daphne would pick me up in the morning and in the car she would explain the intricacies of budgets, cost centres, course documentation and the like. We would rarely move out of second gear and Daphne would occasionally interrupt her explanations to remark on the impatience of her fellow drivers. “Why is everyone hooting”, she would ask, as we crawled round the Hammersmith gyrator in the wrong lane. On one occasion we made the whole trip back into town with her often mislaid handbag on the roof of the car.

When it was time to take over the reins, the job was often daunting but Daphne’s challenge galvanised me. Looking back, I marvel at her boldness and decisiveness. When Daphne made up her mind about someone, she went out on a limb and nothing would shake her view: I will always be grateful for that.

This is not about me, of course, it’s about her. The fashion landscape is peppered with those that Daphne spotted, challenged, took risks on. She had an innate and profound understanding of fashion and unusually for an academic, its commercial dimension did not trouble her. Quite the opposite, she embraced the commercial as a stimulus for finely honed creativity. This was her second great talent and it is what sets Kingston apart from other schools.

Daphne shaped our understanding of fashion. Her ideas live on through those she taught and influenced. The fashion world owes her an enormous debt. 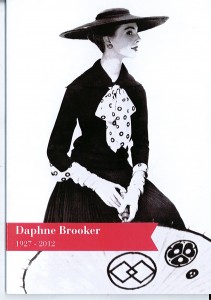 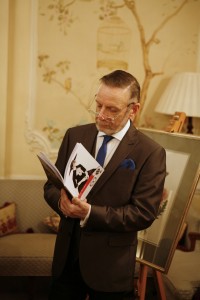 Photographer Vince Wade, a colleague of Daphne’s, at the memorial event. 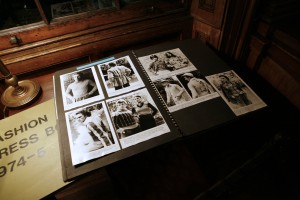 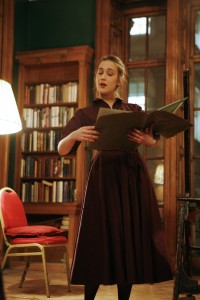